On 20th of April 2022, Interreg Balkan-med “SCOPE” project organized the 4th project meeting virtually. The consortium consist of 8 members from Albania, Bulgaria and Greece. Throughout the event, the partners presented the project’s objectives, current achievements and implementation steps for the final pilot testing of SCOPE platform’s alpha version by key freight transport stakeholders.

Lastly thanks to the moderator Dr. Afroditi Anagnostopoulou (CERTH-HIT) for her presentations, photos and for hosting the event. Plus, we would like to thank and Mr. Attila Akac (CERTH-HIT) for the presentation of final pilot testing implementations steps and Dr. Dimitrios Nalmpantis (AUTh/TSRG) for the demonstration of MAMCA & Conjoint Analysis tools for the SCOPE platform’s feasibility study assessment. We would like to thank all the participants that brought their expertise and experience, and engaged in the fruitful and constructive discussions. 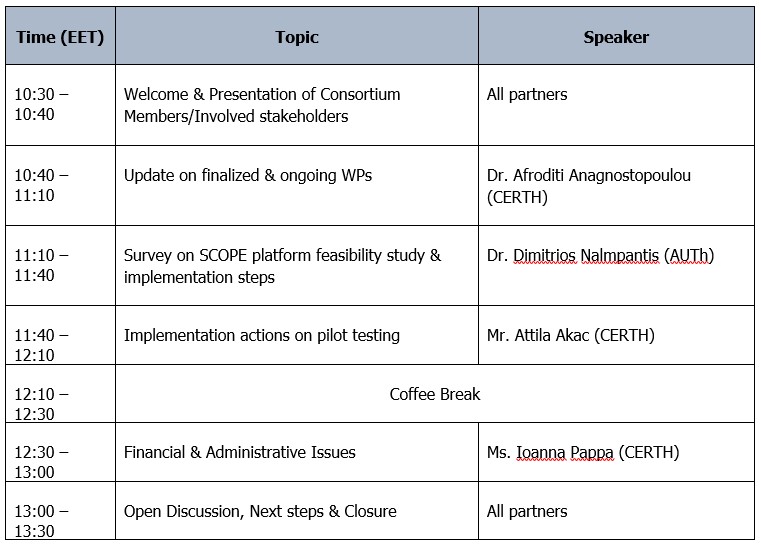 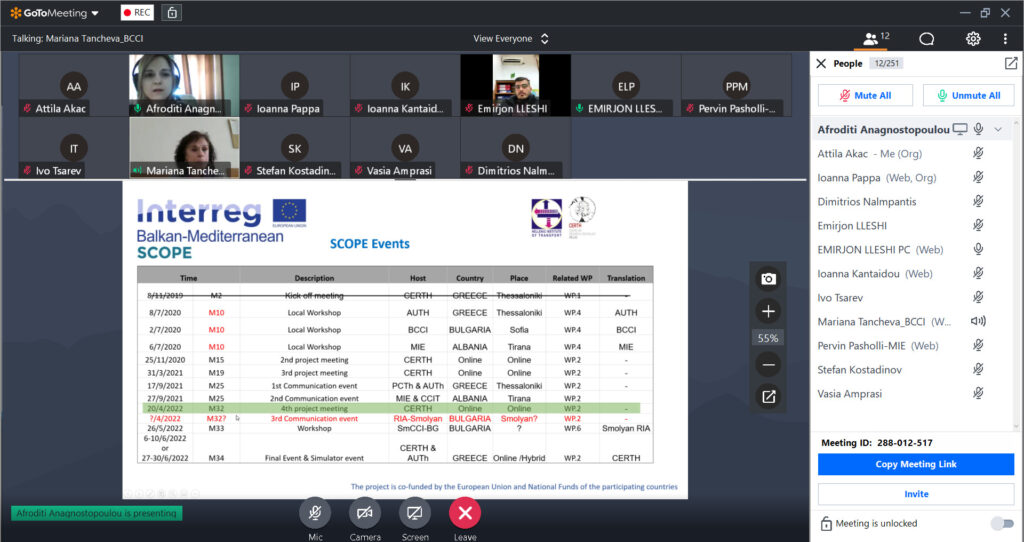